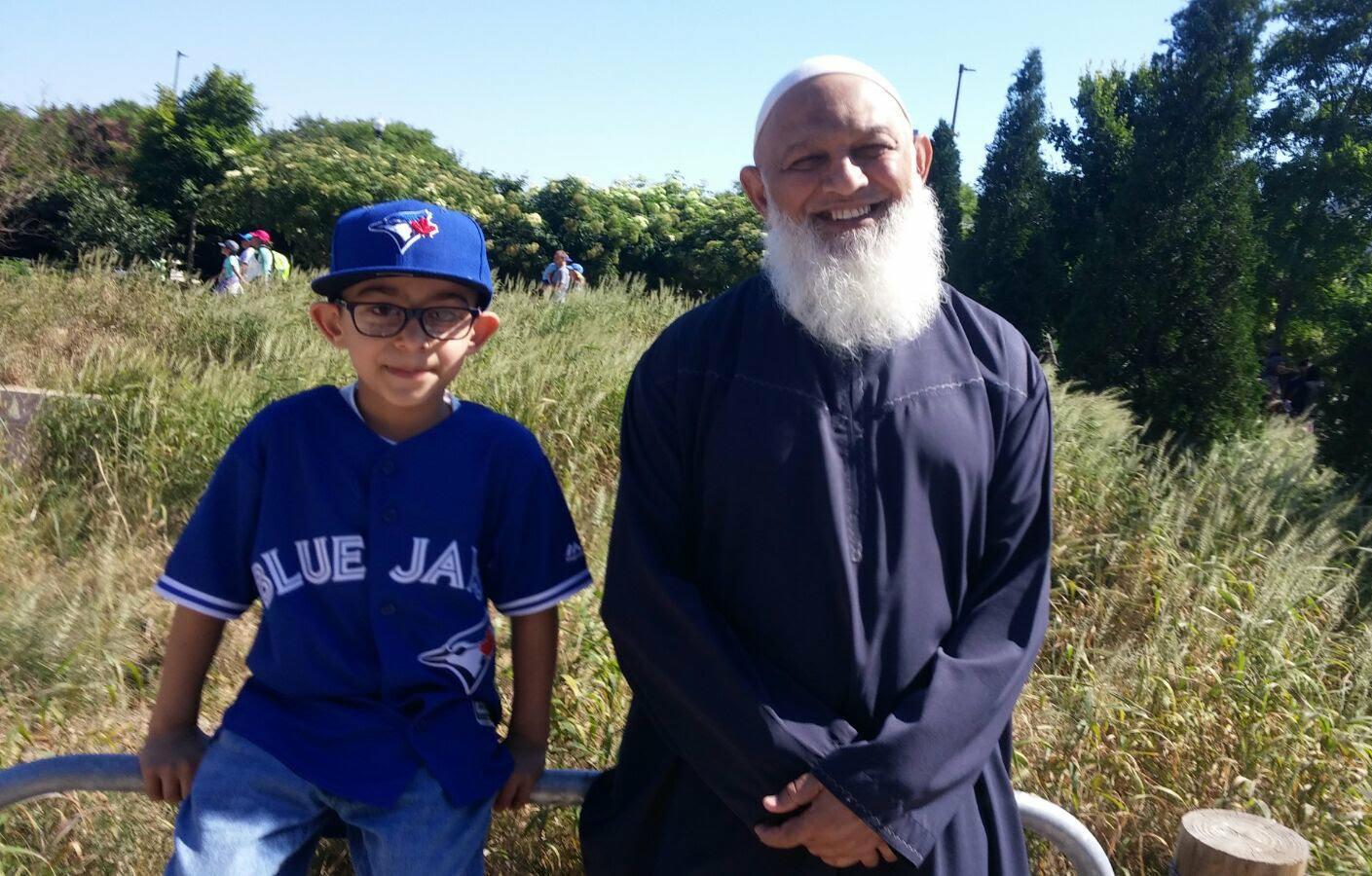 Abdullah Uncle
The best among you is the one who learns the Quran and teaches it to others. – Narrated in Bukhari

Have you ever walked into Darus Salaam (Thorncliffe) and heard a man reciting the Quran in a loud, but melodious voice? Have you noticed students pouring in and out of a classroom at random times? That is our respected Abdullah Uncle Teli.

Abdullah uncle was born in the city of Kholvad, India in the ’40s. Abdullah uncle was exceptionally bright from a young age. He studied Makthab under Marhoom Qari Muhammad Vania and was even enrolled in South Gujrat university. He would ride his cycle to the university daily. Google tells me that is over 20 km’s one way. Along with his intelligence, Abdullah Uncle was also a tremendous cricket player. He could’ve had a future in high level cricket, potential Ranji trophy level (the equivalent of minor leagues).

Abdullah Uncle arrived in Canada in 1972. He faced the typical struggles and challenges of most newcomers. However, he was a quick learner and picked up English quickly. Abdullah uncle helped others including some of the members of the infamous ‘72 crew obtain their necessary credentials (Driver’s License, Health Card, Passport). Additionally, he would help them line up and practice for job interviews. If anyone has grandparents, parents, or other family that was part of the 72 crew, ask them about those times.

Abdullah uncle attempted to make a better life for his family in Canada, he worked extremely hard jobs and sacrificed a lot. In the early years, he wasn’t the typical Ustaad/Maulana type we see him today. He was very active in playing cricket, spending time with friends and family.
The reformation started when a group of Tablighi brothers visited Toronto from South Africa. Abdullah uncle started transitioning from the “modern dad” to trying to become a religious figure for my family. After returning from a 4-month Tablighi Jamaat, his family started to notice changes in him and his values. This was a gift from Allah not only for him, but for the entire family, and many other families in and around the Thorncliffe Park area – Alhamdulillah’s.

From then on, Abdullah uncle made it a priority to bring Islam and its values in the home. He became the families one and only Quran teacher. Additionally, not just for his own kids but for hundreds of kids around the Thorncliffe area. Abdullah uncle has taught at various institutions including, Madinah Masjid, Darus Salam, and now getting with the current times even online.

“I remember my dad as the most dedicated teacher. Our weekends started with Quran or else no one would get breakfast. The amount of love my dad has for the Quran is profound. To this day he continues to teach from heart despite his old age.” – Umm Kulthoom (Abdullah uncles’ daughter)

Becoming religious didn’t mean he didn’t spend time with the family. In fact, he was the first one to organize kids’ outdoor games at many dawats/parties! He would take the lead in entertaining the young ones at these family outdoor events. I can say from personal experience, and observing Abdullah Uncle, and his late brother Suleman uncle, they were always spending time with the toddlers and young ones. I remember so well when I used to bring my little ones to the Masjid, Suleman uncle would have a candy readily available to give to my little one. And he would just make funny faces and lift them in the air like they were his own kids or grandchildren.

Abdullah Uncle has spent a lot of time in the path of Allah and has put in plenty of work to help establish masajids in the GTA. He spearheaded many new masjid/musallah projects including Madinah Masjid, Darus Salam, and many many musallahs. Abdullah uncle had the opportunity to travel with Ml Khalil to SA for Chanda(collection) for the initial Madinah Masjid years. Now talk about a trip of a lifetime.

You may have noticed, I have kept referring to “Abdullah Uncle”, and talked about him teaching at various institutions. Abdullah Uncle hasn’t studied extensively at a Darul Uloom, or he isn’t given the official title of Qari. This is the part of the story you want to pay attention to. I have interviewed a few people, and pretty much in the early years, tajweed wasn’t being taught. There weren’t as many Alims in the ’70s as we have today. Abdullah uncle pretty much self-taught himself from a book “Easy Tajweed”.

A story that gives me chills to this day: 2 renowned scholars of today had commenced their journey first in Abdullah uncles class. Upon reaching of age, the now Maulana decided to further their studies by attending Darul Uloom in Bury. As part of the initial test to get into the program, there was a test on Qur’anic recitation. As the now Maulana was reciting, the Ustaad stopped him and asked, where did you learn to recite like this? To that he answered, “Abdullah Uncle”. The Ustaad was flabbergasted, and asked don’t you mean a Qari Abdullah? The story of Abdullah uncle reached to the Darul Ulooms of UK. Subhan Allah.

Abdullah Uncle has a strong fikar (care) for the youth and possesses this uncanny ability to just connect with all age groups. He’s taught students as young as 2 and as old as you can count. He’s taught generations, (grandfather, father, and son). He is very passionate about teaching, and you see that love in his students young and old. His students love and appreciate him so much. His former students surprised Abdullah Uncle with an umrah trip a couple years ago. What made Abdullah uncle so special was that he chose to connect with the students and build relationships over compliance and this built a whole lifetime of friendships with his students. Further it wasn’t just a typical teacher/student relationship. He took the time to push everyone academically, ensured they had good jobs, and all around tried to better all aspects of their lives.

Abdullah uncle has sacrificed hours and hours for the betterment of our youth for the sake of Allah. Let us now reflect and ponder over what have WE done? Have we fulfilled the rights of the Quran? Have we been consistent in reciting the Quran daily? Will the Quran be an intercessor for us?

Abdullah uncle has done this for over 50 years, day in and day out. He’s had that same smile, that same calm demeanour, and the conviction to do this with consistency. Allah loves those that are consistent in their deeds. We make dua that Allah ﷻ accepts his efforts and the efforts of all our respected teachers. May Allah ﷻ preserve our teachers, grant us, love, unity and allow us to fulfill our obligations. Ameen