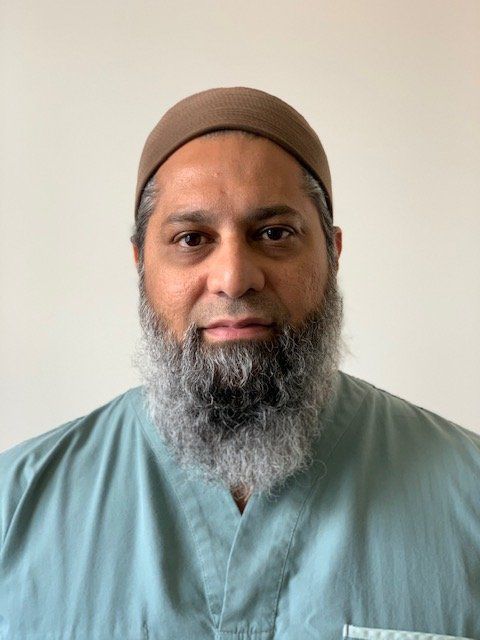 When you think of a Doctor, you don’t think of an All-Ontario 2-sport Athlete of the Year, you don’t envision them driving a muscle car, having long hair or benching 300 lbs. as a warm-up. Better yet, if I told you that they were raised in the hood that is Thorncliffe Park; you’d think my blood sugar was too low from all these fast and I need to go see a doctor. Well, guess what, against all odds, this is the story of the one and only Dr. Ikram Syed.

Dr. Ikram, more fondly referred to as Doc by most and grew up in the mean streets of Thorncliffe Park/Flemingdon Park. He grew up in a time, that coloured folks and Muslims were in the minority. However, the lessons his family had instilled in him from a young age, Doc ensured that the focus was always on the Deen. Doc could forge important relationship in his teenage years that helped him blossom as time passed. Doc was a standout student in high school, taking part in the TOPS program (Advanced level courses). What set him apart was that he was also an exceptional athlete. He was on the football, basketball and baseball teams. He was on track to potentially being recruited for football on a scholarship. From the early years, Doc was involved in community outreach while trying to enhance the local social services. During his days at high school at Marc Garneau CI, Doc was involved in a project through the Thorncliffe Neighbourhood Office which ultimately helped to establish the Jenner Jean Marie Community Centre. This similar civic involvement continued throughout Doc’s undergrad and Post Grad Medical studies.

Before we get to what Doc has accomplished, let’s take the story back home. Doc’s father Alim uncle is a staple name in the Tpark/Flemo community. Alim Uncle has put in years of service assisting with various projects at Al-Khair Musallah. That same passion Alim Uncle has lit a fire under Doc to push and influence positive change in his community. And, having a strapping young brother trying to knock him off his perch, only made Doc push that much harder.

Doc didn’t know from a young age he wanted to get into medicine. He had the same passions most teens have this day, sports, cars and other extra curriculars. However, Doc knew that he wanted to make a difference, and with his parents dua, being focused on Deen, by the Grace of Allah Doc pursued his studies and applied for Med School. During his years of Med School, helped forge his relationships with other like-minded individuals and those that wanted to make an impact. Doc went to Med School in the Dominican Republic and shared with me some of the experiences and challenges that he had faced while studying. To highlight some important efforts, Doc with the help of others were able to establish a Masjid in the Dominican. This would be the start of a truly remarkable journey. The Masjid attracted a lot of attention of the locals, and as Doc says, “the locals were so enthused and wanted to learn and experience Islam that

people who had no understanding of Islam would come join the 5 daily prayers and just follow the Imam.”

As individuals, families and villages started reverting, there opened another opportunity to make an impact locally. Doc and friends noticed that access to medical was scarce in the Dominican. Doc and friends started a medical clinic at the back of the Masjid and provide much needed support and service to the community. This is truly a blessing of Allah, and as Doc re-iterated time and time again, that as long as we focus on Deen, Allah will make the rest of the details fall into place. There is no way anyone would have imagined, that he would be attending Medical School overseas and would help build a Masjid, a medical clinic and thousands of persons would be accepting of Islam. Allhumdulilah.

Shortly after completing his medical studies, Doc travelled to the Tsunami struck regions of Indonesia, spending 6 months providing medical aid and helping rebuild the medical infrastructure in Aceh province. I remember this as I was probably 15 at the time. I remember helping Doc’s brother trying to gather some funds and supplies to send. At that time, I couldn’t grasp the impact, but when Doc returned and shared the pictures and stories, it was truly remarkable the impact he had. Since then Doc has travelled around the globe on various medical relief missions, including Haiti, Pakistan, Somalia and the Rohingya refugee camps in Bangladesh. I am sure I can write another hundred posts just talking about those experiences. But this is one experience that Doc has wanted to share.

Doc shared how when the team and him arrived in Indonesia, the locals began asking, finally a ‘Muslim’ team. The situation was terrible, the casualties were high, villages were swept away as if they had never existed. However, what kept Doc and the team going was the resolve of the locals. The first thing the locals did was setup a Musallah, that no matter the situation, everyone could continue Salaah. In the evenings after Salaah, the locals would recite Quran and sing nasheeds. They had their full trust in Allah. Part of Doc’s stay was during Ramadhan. He remarks a young girl came one day and asked if they had any food. The translator advised the girl that they were all Doctors and they had no food. The girl went away and doc made nothing of the interaction. That same evening around iftar time the young girl came back and this time with a bag full of food. This young girl had the fikar and concern for these foreigners that they had sufficient food! SubhanAllah. How blessed are we that our bellies, fridges and tables are full.

While being heavily involved with International efforts, Doc has also maintained a keen involvement in local causes. Establishing a medical network providing services for incoming refugees, aiding with settlement programs and creating a program to provide essential family needs for all incoming refugees into Ontario. He has also been instrumental in establishing one of the first culturally/religiously relevant mental health centers in the GTA and continues to be on the Board of Directors at Khalil Centre. Doc has collaborated with many local institutions, providing didactics on a myriad of health and social topics. He continues to be involved with outreach programs and is now a board member of Third Pillar.

As with every post, I have written thus far, there are not enough words to properly encapsulate the impact and motivation Doc has brought to the young guys from Thorncliffe. Growing up he was the only one that I knew of that got out of the area and became a Doctor. Even though he was overseas, he always kept in touch. Doc was never snobby, nor did the new initials at the end of his name change him. Doc never said no or say he didn’t have time, no matter where he went, or what he accomplished, he always spoke with that soft, sincere voice of concern. He continued to assist with his time, his skill and experience on any project we would start in the area. He was there during those initial years of the Path to Piety program with his 1000 bead tasbeeh, he was there for old men like me when we would blow out our knees and he was there as a reminder that no matter where you come from, or what challenges face you, there is way to be better. He’s the role model that makes everyone want to be a better version of themselves.

May Allah ﷻ accept Doc’s efforts; May Allah ﷻ make Doc’s endeavours wide and successful and May Allah ﷻ shower his countless blessings on Doc and preserve him.