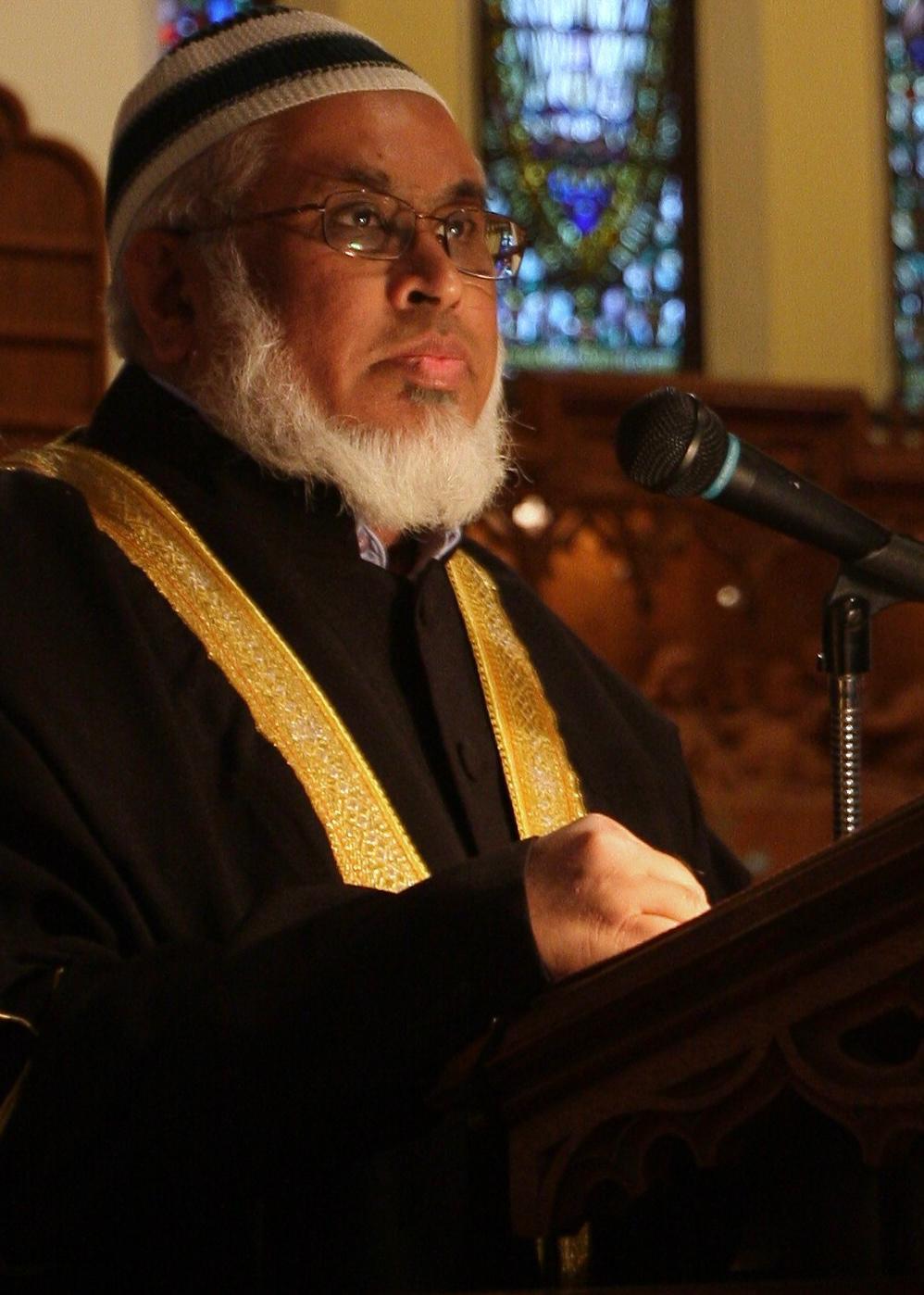 Imam Abdul Hai Patel, commonly known in our community as Chota Bhai, has been a constant in our Toronto Muslim community since 1969. He was born in Kaphleta, Gujarat, India where he grew up before immigrating to Barbados to join his father in 1962. While in Barbados as a teenager, he went to secondary school and planned to study engineering abroad. He came across Dr. Ahmad Tatonji, who, while visiting Barbados, informed him about the Muslim Students’ Association at UofT which helped Imam Abdul Hai choose his future home.

Upon arrival to Canada, Abdul Hai studied at York University while staying with a family friend, Yusuf Bakharia, in Toronto. He would often attend events and meetings at the MSA at UofT where he would often be asked to lead Salah because he was the only one with a beard. Due to the need for an imam and his upbringing in a strong Muslim family, he volunteered to be Imam. Later, when the Islamic Foundation was starting as a new organization, he was asked to lead salah there as well. Chota Bhai recalls, “I would leave class to go perform Ghusl and lead Janazah, because there weren’t many people who knew how to.” During this time, he built up a resume of being a young community leader.

He served at first as a Coordinator of MSA Chapter of the University of Toronto and in 1972, he was elected as the Canadian representative on the national Board of Executives of MSA of USA and Canada. During that time, there were only six MSA Chapters in Canada; five in Ontario and one in Montreal. He helped established MSA Chapters as well as masaajid in western Canada.

Along with all his community work, he worked professionally in Electronics Technology and IT. In 1972, working for Barringer Research, he built 15 circuit boards for Spectrometers on contract to NASA for its Apollo 15 mission to the Moon. From 1980, he worked at Ontario Hydro as a Systems Analyst. Abdul Hai helped establish advocacy groups for the advancement of visible minorities and represented the Power Workers Union as a member of the Tri-Partite Committee for developing policy on equity and diversity.

Throughout the years, Chota Bhai has worn many hats, including some that he still wears today. He founded the Canadian Council of Imams, was an advisor to the police chief, and to this day, is still a chaplain at the University of Toronto. These are just a few of his many accomplishments. But one which stands out above the rest was his serving as a commissioner on the Ontario Human Rights Council from 1999-2005. Alhamdulillah, Abdul Hai has been involved politically in Islamic matters, interfaith matters, human rights, and educational issues. He currently is a trustee with the Toronto District School Board and is also a member of the Equity Policy Advisory Committee of the Toronto District School Board.

Abdul Hai’s achievements are tall and if you know him well, he is a man small in size but big in will and might. He never backs down from a task at hand and 50 years after coming to Canada from Barbados, he hasn’t forgotten the roots of his community involvement and activism. To this day you may walk into the Hart House Building at UofT and see him giving the Jummah Khutbah, and always staying around to talk with students and colleagues. His loud laugh can be recognized from a distance and his infectious smile will make you feel at ease. May Allah ﷻ keep him laughing and smiling and reward all his efforts in making our community grow and thrive, Ameen.