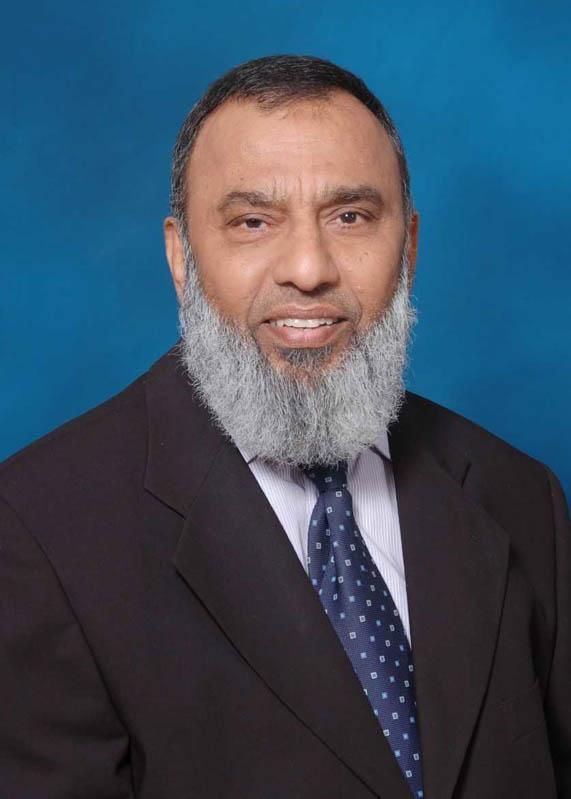 This great person we have all come to admire was born in the 40s in Kadod, Gujarat, India.

It’s a classic “72 crew” chacha story where he came to Canada in 1971 with only $7 in his pocket. He was renting a one-floor apartment in a house with 10+ individuals who amazingly are still close friends to this day. He worked hard to make ends meet here all while supporting families back home. Iqbal uncle and his friends used to only eat sour cream and bread when they first arrived in Canada because they didn’t know what else was halal. Most if not all of us would not even think of eating that combination today!

Iqbal uncle started off as a stock clerk in Barrie. Yes, Barrie! He lived in Barrie for a short while as this was where he found employment first. He worked various strenuous jobs once he moved back to Toronto. He also enrolled in school for Mechanical Engineering at Ryerson while juggling multiple jobs.

In 1976, his Mom and Nani told him to move to New Zealand and marry his wife Nurjaha Malek. He sold all his belongings, left the friends he had in Canada, moved to New Zealand, and married his wife, all because his mom and Nani said so. How many of us would listen to our parents as he did? You know the saying “behind a great man is an even greater woman?” Well, she was it. She is supportive to this day and did everything to help Iqbal uncle stay focused and ultimately achieve his goals.

Iqbal uncle was an entrepreneur at heart, a risk-taker, and was always known as an ‘outside the bubble thinker’ ever since his childhood. He started many businesses, some failed and some succeeded. When he failed at some of his business ideas, it financially took a toll on him. At one point, he was so broke he wasn’t able to purchase diapers and other basic necessities for his daughter and family. He once stood in line for welfare, but in his heart, he realized it’s not the right way and exited the line.

In 1984, he opened a shop at Markham and Eglinton called Iqbal Tuck Shop, named by Marhoom Maulana Khalil Saab RA. He soon realized there was a need for halal cheese. With the help of his dad, they started to make the first halal block and sliced cheese. Fun Fact: The cheese company exists to this day!

In 1989, Iqbal uncle then transitioned to wholesaling fruits, vegetables, milk, and cheese out of 2 Thorncliffe Park Dr. He would deliver as far east as Belleville and as far west as Milton. He would take his dad for deliveries to provide him some company in heavy rain and snowstorms.

And then Iqbal Halal Foods…

First opened in 1990. While focusing on his wholesale business, customers used to walk in, pick up their essentials and would then leave money on a counter. The word started to spread that you could buy groceries from Iqbal uncle and people started to come more often to buy groceries from him. It was at this moment when Iqbal uncle realized there was a need for groceries, halal products and saw the potential it had. He soon after officially opened the store for business.

It all started with a small 700 sq ft grocery store that sold fruits and vegetables. Now, Alhamdulillah there are 3 superstores in the GTA with home delivery services. Years back, when speaking to Moulana Zakariya Patel (Masjid ut Taqwa), he told me it was the duas of Marhoom Moulana Abrar RA and others that helped propel the business. This goes to show we should never underestimate the power of duas from our elders, teachers, and parents.

It’s important to note, Iqbal uncle’s journey was not easy. Those close to him, know how many hours he would put in. Iqbal uncle was an extremely hard worker, working from one morning to the next. To achieve your goals, you have to go that extra mile and he knew this all along. Most give up along the way, but not Iqbal uncle.

One of the reasons why we believe the business is this successful, is because of his charity work. Iqbal uncle was the first to donate to any good cause. Be it a masjid project, Ramadan meals, or sponsoring local teams and/or events, he’s always ready to help. The majority of the teams at The Salaam Cup have an Iqbal Foods sponsorship. At the end of 2020, Onebrotherhood did a fundraiser for a local food bank. One call to Iqbal uncle and there were 20 skids of food ready to be donated.

Iqbal uncle also plays a key role in many international projects with organizations such as IDRF. Back home, every year he helps pay the tuition fees of students that can’t afford to pay for themselves and in his hometown, he takes care of the orphanage that his mom and dad were big supporters of.

On my recent trip to India, I stopped by a store in our hometown. The owner’s son heard that I was the nephew of Iqbal uncle and insisted that I have a seat. As we sat down, the mother and son started to get emotional. The mother goes on to tell me how great my uncle is. Her son was diagnosed with stage 3 cancer and they did not have money to pay for the treatment. Iqbal uncle paid for the treatment and Alhamdulillah the son was able to beat cancer.

This got me thinking..how much money and time has Iqbal uncle donated and how many organizations does he support? We might only be scratching the surface of knowing his generosity, and that’s between him and Allah.

His love for our ulema, the ummah, and our family is beyond comprehendible. We are forever grateful that Allah chose him to serve our ummah.

If we were in his situation, how many of us would do the same and take care of the ummah? Iqbal uncle lives a basic life, his go-to attire is a basic white kafni. How many of us would get caught up in the materialistic world and forget about our ummah and akhirah?

It is clear that Iqbal uncle has had a profound impact in many communities both in Toronto and back in India. He has also been recognized by the Canadian government for his hard work and generosity. In 2013, he received the Queen Elizabeth II, Diamond Jubilee Medal at Queens Park and in 2019 was recognized as the Top 25 Immigrant of the Year. That same year, the Canadian Council of Indian Muslims recognized Iqbal uncle for his outstanding accomplishments in the field of entrepreneurship. He told me that he doesn’t do it for the recognition, but I personally wanted to put this out there to motivate the next generation.

We could go on and on about Iqbal uncle serving our community and helping in any way possible. It was an honour to share his story and we are grateful for this “30 for 30 Hidden Gems of Toronto” to share many inspirational stories like Iqbal uncles.

May Allah swt preserve Iqbal uncle with good health, continue to grant him success in this life and in the hereafter, and may we follow his footsteps in helping people around the world.