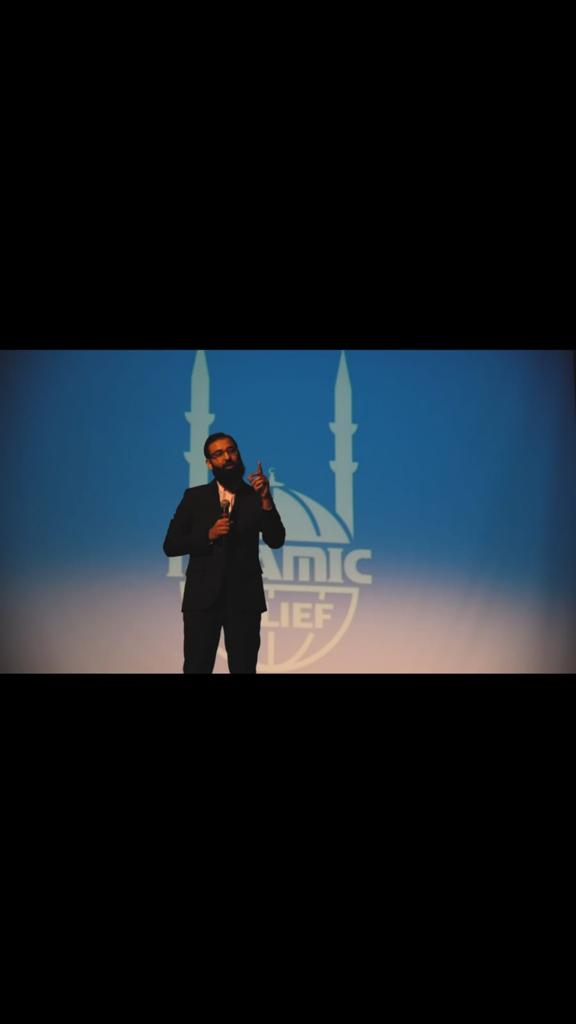 A Muslim is a brother of (another) Muslim, he neither wrongs him nor does hand him over to one who does him wrong. If anyone fulfills his brother’s needs, Allah will fulfill his needs; if one relieves a Muslim of his troubles, Allah will relieve his troubles on the Day of Resurrection; and if anyone covers up a Muslim (his sins), Allah will cover him up (his sins) on the Resurrection Day (Sahih Al-Bukhari)

Irfan Nakhuda, a born and bred Scarborough Native from Markham and Lawrence. At the age of 30, Alhamdulillah Irfan has pretty much dedicated his life to humanitarian work, counseling, and mentoring the youth in his community.

Growing up in Markham in Lawrence Irfan had to deal with his fair share of challenges and obstacles like any ordinary teenager. The lifestyle of drugs, gang /violence, and the hip-hop culture can get overwhelming at times. Alhamdulilah, Irfan was able to escape that lifestyle early on and Allah was able to bless his heart and guide him on a straight path.

Irfan discusses the challenges we face at a young age and is very important for us to tackle, it’s a cycle. You see the older guys on your Block, Turf/Park, or Area doing it, you eventually adopt that lifestyle, and then the next generation and so forth. It’s hard to break the cycle, you become addicted to the lifestyle. That lifestyle does come with a lot of privileges when you’re young as you get the fame, attention in schools, money, a carefree lifestyle, and the adrenaline of conflict. It all becomes about street credibility and most of the time it’s peer pressure from older heads.

Irfan mentions when you make a switch to become religious and to get out of that lifestyle the Shaitan (devil) will test you in many ways. Money, girls, drugs that whole lifestyle it all comes at you in like a storm and you must stay strong and fight off. ” If I had slipped there and failed those tests, I wouldn’t be where I am today.”

Irfan was able to change his lifestyle around due to in large part because of his strong mindset. In the end stretch of this lifestyle, he found himself having conversations about the religion and things that intrigued him like Dajjal and Jins. He tried to make it a practice of going to pray Salah, not knowing why he was going, he just felt the need to go. “It’s not like I chose to change or become very religious or anything. But for whatever reason, I felt the need to go pray, regardless of the state of mind I was in. One of the great things about going to the 45 Mussallah was the management, it was an open and judge-free zone. Regardless of how you were dressed or looked, they embraced you with open arms and that made you feel very comfortable and welcoming”.

A few years later Irfan found out that a few months prior to his reversion, his parents and family would do Yaseen khatams, zikr, and make duaa to change his lifestyle. “Looking back at it he says, it made sense, why I was going to the MussAllah randomly for Salah and having religious conversations because I never had the intention to change my ways. It made me realize the power of duaa and the sacrifices my family made and how Allah put his blessings in my heart and changed my life forever”. SubhanAllah. This is the power of Duaa. Most of those who are living today lived that lifestyle and went through those obstacles early can only imagine and wonder how we could get out. Our Parents duaas.

After graduating from Centennial College Irfan completed his diploma in community and justice service. Irfan knew what he wanted to do next he started off as a volunteer at ISLAMIC RELIEF back in 2012, since then Irfan has quickly moved up the ranks. He started off as a coordinator and then became a District Manager for Islamic Relief Canada activities in Eastern GTA which includes but not limited to Masajid and donor relations, event planning, community outreach, and domestic initiatives.

He remembers when he first went to Bangladesh and Rohingya to distribute food and medical care supplies. “It was overwhelming for myself and for most, it put things into perspective for me it makes you realize how fortunate we are and grateful we should be. “

Irfan suggests, to be part of the humanitarian work you got to have a thick skin and can withstand to see what’s going on in the world and not let it manifest and affect you. Secondly, you should be caring, empathetic, sympathetic deep down you got to realize this isn’t a 9-5 this work is for the Ummah. You got to have that religious motivation to help people.

Irfan always had love for the streets and this made him keep relations with the youth in his community. He started off Markham and Lawrence Youth United (MLYU) about 10 years ago. The main objective was to organize religious programs, mentorship programs and counsel the local youth in the community. His team would organize activities, where the youth (young generation) and older heads (older generation) can bond with one another, get to know one another, help prevent, the youth from going astray, and mentor them.

“Our main goal is to inspire and motivate the next leader of the coming generation. It’s a long-term solution and it’s not going to be easy. We need to create a mentorship program and create ideal role models within the community they’re not just going spring out of nowhere if you don’t have them. We should create a program/succession plan where you figure out who are these potential people and mentor/guide them. Hopefully then we’ll be able to get 10-15 guys and girls who can one day become role models and mentors for the next generation, and can potentially replicate the same process going forward. It’s a long-term solution, but it’s a must in all areas to carry the flag going forward.”

I asked Irfan what are some lessons and advice he would like to give to those who are going to read this post:

“A few lessons I’ve learned is to value your family and time. Most won’t realize this at a young age but it’s very important and crucial to your development and to figure out who you are. It is also important to be yourself and to respect yourself and push yourself to greatness. Be yourself don’t let others influence your thoughts and actions. It takes too much energy and time to worry about what others think about you and don’t let your pass or negative events influence your today and future. Take the lessons learnt and experiences from it and use it to make you a better person. Your family is everything! They will be there with you throughout your entire journey so invest in building this relationship. Live your life how you want people to remember you after your death.”

Irfan’s biggest accomplishments other than the humanitarian work, is the transition from his past to become who he is today. He mentions “Just seeing my family and community happy for me and embracing me with joy. That’s a success for me”.

The work we do today in our communities is because of brothers like Irfan who have inspired us to become better versions of ourselves and understand the importance/Barakah of charity work. We at One Brotherhood could not have been more proud of all the work Irfan has done for his community and the mentor/counselor he’s become. Truly a hidden Gem. May Allah ﷻ accept Irfan’s work both in his community and globally, May Allah ﷻ also bless the troubled youth in our communities. Ameen