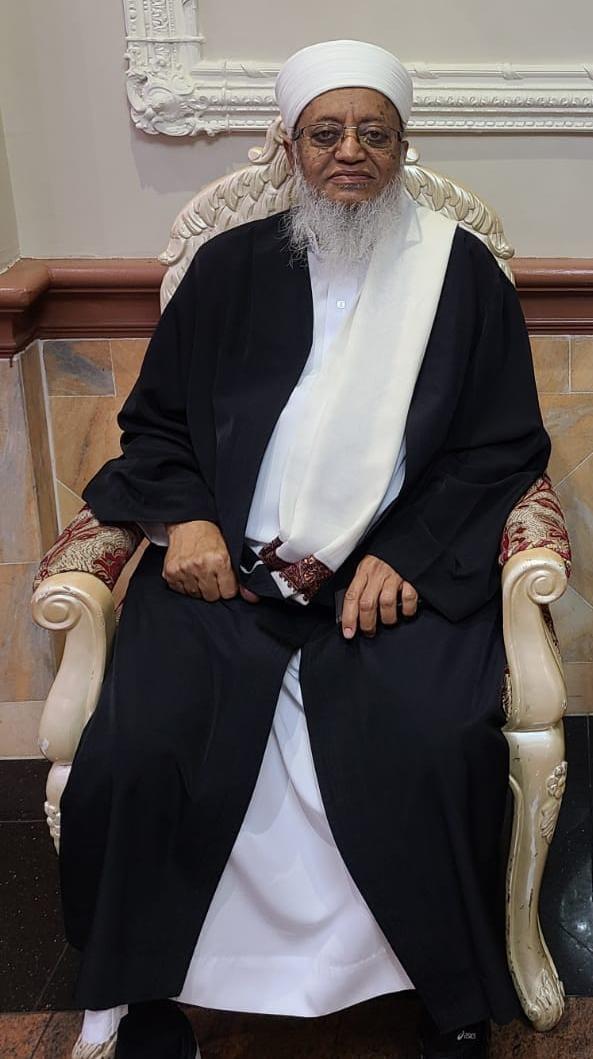 Shaykh was born in Tadkeshwar, Gujarat located in the Western part of India. He studied at the world-renowned Islamic Seminary, Falah-e-Darain in his hometown of Tadkeshwar, where he also completed his Hifz. After completing his Hifz he went on to complete his Aalimiyah course graduating in 1980. He furthered his studies by spending one year specializing in the Tafseer of the Qur’an. Shaykh made his journey to Canada at the age of 35, before coming to Canada he had spent 2 years in Pietermaritzburg, South Africa as an Imam. Thereafter, he served as a Principal at the Seminary he graduated from for 6 years. Shaykh initially had come to Canada as a visiting scholar in the month of Ramadhaan however while visiting, he was approached by the founding members of the Scarborough Muslim Association. They expressed their desire to establish an Islamic Centre including a Masjid and Madrassah and offered him the post of Imam. He saw the extreme need of establishing Masaajid/Madaaris, and creating an Islamic environment in this part of the world, so he decided to move to Canada to serve the deen.

There was a time he recalls in 1990 when he first came to Canada, they would perform regular Salaahs at a hall in a building. To accommodate the bigger congregation on Fridays, they would rent out Scarborough Village for Jumu’ah Salaah. Likewise, they would rent Cederbrae Collegiate Gym to perform their Taraweeh Salaah in the month of Ramadhan. There would be times when the gym would be booked by sports teams (volleyball etc.) at the time of Taraweeh. They would then have no other choice but to line up outside and wait till the games are done and then proceed with their Taraweeh Salaah. It was only in 1992 that the current property of Jame Abu Bakr Siddique (SMA) was purchased.

As an Aalim of deen, the condition he saw the Muslim community in Scarborough and the GTA in, created a call from within that he should make himself available for the deen, and serve the deen wholeheartedly. He was ready to sacrifice whatever he may have to spread the deen, and create an Islamic environment.

The purchase of the land was made, and right away the first thing he did was initiate an evening Madrassah (Maktab). Some years later, the new masjid was constructed with the help of the local and international Muslim communities. This allowed for more services to be offered such as counseling, social services, and a full Aalimyah program with his team of staff. Among the challenges he faced was that the community was very diverse, and continued to grow as a diverse community. With this came a lot of different mindsets and different ideologies. It was therefore a challenge to lead the community in a way that everyone would come on to one platform and work together. But Alhamdulillah, with Allah’s help and with great perseverance, could overcome that challenge.
Shaykh believes his greatest accomplishment was bringing together a diverse community, to be on a united platform to build an Islamic Centre. This was his goal, and he feels he has succeeded. He hopes Allah SWT will make this Masjid, and the projects that come out from here a means of Sadaqah-al-Jariyah for him and the pioneers of the community. It gives him great pleasure to see the services offered at SMA for all types of people, young and old.
Another accomplishment he is proud of is the establishment of the Aalimiyah Course, where young men and women can enroll and graduate as Islamic Scholars without the need of traveling abroad, as was necessary for the past.

Currently, Shaykh Kasim serves as the Head Imam of Jame’ Abu Bakr Siddique (SMA), as well as the Principal and Shaykh-ul-Hadith of Jamiyah Islamiyyah Abu Bakr. He is also a licensed Clergy and serves as the Ameer of Hilal Council of Canada.

“One piece of advice for the youth is that they should place their trust and belief in the local scholars. Approach them openly with any problems you may have, and ask for help when you need it. Do not follow and internalize everything and anything you see on Social Media, be it Islamic or worldly.”

Shaykh Kasim came to Canada at the age of 35 and we can only imagine how difficult it must have been. Yet he was still determined in his goal and the first thing he did was uniting a community and building a madressa. It does not matter how big the obstacle is; have patience, remember to trust Allah, and everything will work out.

Alhumdulilah, Shaykh Kasim speaks from years of experience and knowledge, we highly encourage those who may have any problems to reach out. Please feel free to DM us if you would like to reach out to Shaykh or need any kind of help!