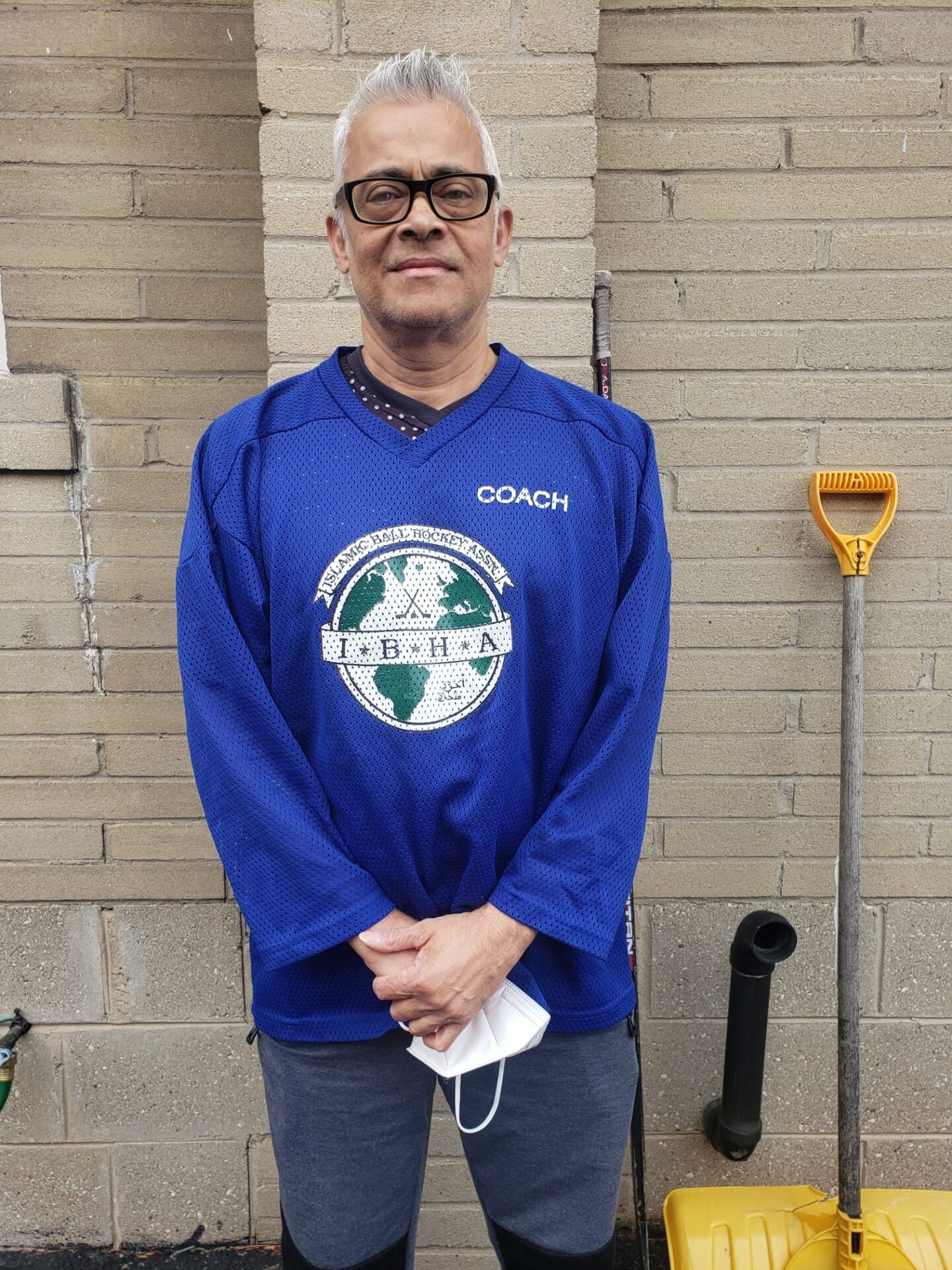 I don’t think one often truly understands or appreciates the work someone has put in and how it has affected you subconsciously for many, many years… and then when you finally realize it, you’re pretty much blown away. Well, that’s the case for myself and many others when we realize how this gem Khalid Raheem has impacted our lives. As 80s babies, we can now appreciate years later what this brother did for us as kids. Most of us who hang around today and know one another from different neighbourhoods and who have built strong bonds and friendships – and now a lifetime brotherhood – have Khalid to thank. What was the one thing that could have brought Muslim kids from all around the GTA together? BALL HOCKEY. Plain and simple. Nothing brings out the communities and the competitive nature like ball hockey does. Khalid, who was one of the founding members in 1995 of IBHA (Islamic Ball Hockey Association) created the first GTA ball hockey league for Muslim youth that had rules, structure, and a foundation of inclusivity with their slogan of ‘One Brotherhood’. This pretty much blew the door right open for any Muslim youth regardless of the Islamic community to participate and become the best ball hockey players they could be. Khalid was born in Guyana and moved to Canada in 1974 when he was only 17. He got into ball hockey the moment his family got settled in. “My friends at Jane and Finch all played ball hockey and to not be left out I joined in. We played every Sunday for years in our parking lot and one day I decided to put on the goalie equipment and loved it so much that I was a goalie from then on. All my years playing competitively in leagues after I moved to Scarborough in 1985 was as a goalie.” Ball hockey became the love of his life.

In 1989, he started playing in MBHL (Muslim Ball Hockey League) run by Jafferi Islamic Centre (JIC), which was the first ball hockey league for Muslims in the GTA. During his time playing there, JIC also started a league for kids called MMBHL (Minor Muslim Ball Hockey League) and Khalid wasted no time volunteering as a coach. He always wanted to pass on his knowledge of the game to kids. Always presenting ideas to make the league better and better, MMBHL made him the commissioner after 3 years. But in 1995, Khalid wanted to move on, and sitting with four of his hockey friends in a coffee shop, they came up with the idea of starting a league of their own called the IBHA. These ‘Five Founders’, as they were called, jotted down plans for the league on napkins after borrowing a pen from someone. And thus the humble beginnings of a league that was to run for 12 years impacting the lives of so many of our at-risk and underprivileged youth from all over the GTA and beyond. The IBHA had a great base to start with as Khalid was well-loved and respected by the kids in MMBHL that he was affiliated with for 7 years, and so he sent an invitation to them to join IBHA, emphasizing the IBHA slogan of ‘One Brotherhood’ to show them that the league was for everyone and did not tolerate discrimination between Islamic communities. About 18 of the top kids from the MMBHL joined, including the legendary Zuhair Kanji. But the IBHA needed more kids to join, so Khalid and the other Founders spread the word at all the mosques. “It was almost like going out and giving da’wah”, Khalid says with a smile. Back in the days of no social media, spreading the word was not an easy task. Khalid heard the news that the Markham and Lawrence area was a hotbed for young ball hockey players, so off he went with the other Founders.

It was there he discovered a young chubby boy called Yusuf Lokhat whose hockey exploits in later years are legendary. “I saw these kids playing street hockey and I thought to myself that with foundation and structure, they could become superstars. Yusuf Lokhat along with Zuhair Kanji from MMBHL developed their skills in IBHA and became the two greatest players to ever play in our league.” IBHA soon grew and attracted kids from all over the GTA… from Mississauga to Oshawa, from Stouffville to Downtown Toronto, including Donlands, Palace, and Thorncliffe Park. “This whole concept of One Brotherhood started with just that… to be inclusive and exclude no one and it quickly caught everyone’s attention. Because we refused to discriminate against anyone who said they were Muslim. And the Draft system emphasized this inclusivity as all players were picked one by one by the coaches regardless of what area they came from or which Islamic community they belonged to. This system avoided rivalries and bitterness as players from the same area or community rarely ended up on the same team. The draft system created by Khalid avoided rivalries and animosity between the areas and promoted sportsmanship. The boys had to play with and against their Muslim brothers from different areas thereby creating new and strong bonds of friendship that would not have been possible before IBHA. “The whole idea was to let the kids know they had to leave their prejudicial baggage and preconceived notions in the parking lot, and that when they put on their team jersey, they were all brothers and equal in the sight of IBHA.” IBHA held Tryouts before every draft, where the coaches would put you through different drills, from shooting to stickhandling. The purpose of the tryouts was for the coaches to assess the skill level of each player and everyone who tried out got picked on a team regardless of skill level. Khalid compiled the IBHA rule book which was about 45 pages long and was updated by the Founders before every season. These rules gave the league a strong structure.

For Khalid, IBHA was a labour of love… he did all the stats, registration, admin work, as well as coach and referee, he was the face of the IBHA. He reassured parents that even if their son was a total beginner, he would be picked on a team. Khalid waited after games were done each Sunday until the last kid had left or was picked up before heading home. He is proof that when you do things with passion from the heart to give back to the kids and the community, regardless of the challenges faced, you can overcome every obstacle possible. This is how dedicated Khalid was. Many leagues branched off from IBHA before and soon after it ended in 2008, like MHL, TBHL, MMBHL, SMBHA. “I never viewed these leagues as rivals as I was so happy to see other leagues springing up offering more of our youth a chance to play the sport they love. I knew then that I could move on knowing that I’ve left behind the foundation of something meaningful and lasting.” After IBHA, Khalid volunteered for 12 years as an Arabic grammar teacher at IIT (Islamic Institute of Toronto) to pursue another passion: teaching the language of the Holy Qur’an. When IIT moved from in front of Islamic Foundation to its current location on Nielson Rd., they allowed Khalid to run yet another ball hockey league called IIBHL (Islamic Institute Ball Hockey League) in one of its 3 gyms. Alhamdulillah, the league has been running for 7 years now and is a runaway success before covid shut it down. “Parents have told me that the IIBHL is the most organized event at IIT. They can’t wait for covid to go away so we can resume the league.” It’s a surprise to Khalid how successful IIBHL became in a short period as IIT traditionally had no programs to attract teenagers. He mentions that when kids become teenagers, they stopped coming to IIT and went to Islamic Foundation where there were many programs for their age group. But once the ball hockey league started in 2015, it brought them back.

Before covid, IIBHL had about 120 kids participating in the league with 12 teams total in two age groups: Tier 1 for boys 12-16 and Tier 2 for boys 6-11. Khalid says that some of the kids who played in IBHA (1996-2008) now have kids that play in IIBHL. “The circle of life,” he says with a smile. I asked Khalid what inspired him to get involved in running ball hockey leagues. He says it was always his love for the game and his desire to teach and promote sportsmanship and friendship among kids from various communities. With IBHA, Khalid was able to create a foundation and structure for ball hockey kids, mostly brown kids from neighbourhoods that would never have gotten the opportunity to play organized ball hockey… ever. As a kid, Khalid says his grandfather was the most influential person in his life. He was a self-made businessman from a poor background who never forgot his humble beginnings. He owned a general store in a poor neighbourhood, where he sold bulk seeds to poor farmers, among other things. He said his grandfather would give seeds away for free if someone couldn’t afford them. Khalid recalls a time when he caught a kid stealing from the store and took him to his grandfather. His grandfather told Khalid to let him go. Khalid was shocked and said, “but he’s stealing”. His grandfather said, “Let him go son, he needs it more than we do.” Khalid says he never forgot those words of compassion and has always tried to be faithful to his grandfather’s memory. “He was the closest person to a saint that I knew.” After family, friendship is something Khalid values very much. Education is very important as well, but with sports, Khalid feels that sportsmanship and brotherhood are the most valuable lessons he can teach kids. He has been a strong promoter to two generations of kids of how to win with grace and lose with dignity.

One of the main lessons he’s learned over the years is to appreciate the gifts that we have been blessed with by Allah. And to give back as much as possible to the community… and for Khalid, his outlets have been ball hockey and teaching the beautiful language of the Quran. Khalid’s biggest accomplishment is undoubtedly IBHA based on how much it has meant to hundreds of kids. Most of us would not have met if it weren’t for those bridges that IBHA built. Its enduring legacy is the lifelong bonds and friendships that the league has helped foster and the impact it has had on so many Muslim youths in the GTA. May Allah ﷻ continue to bless Br.Khalid, preserve him and accept his efforts. Ameen. 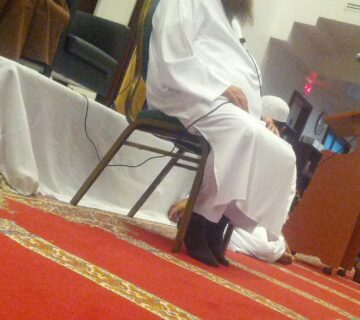