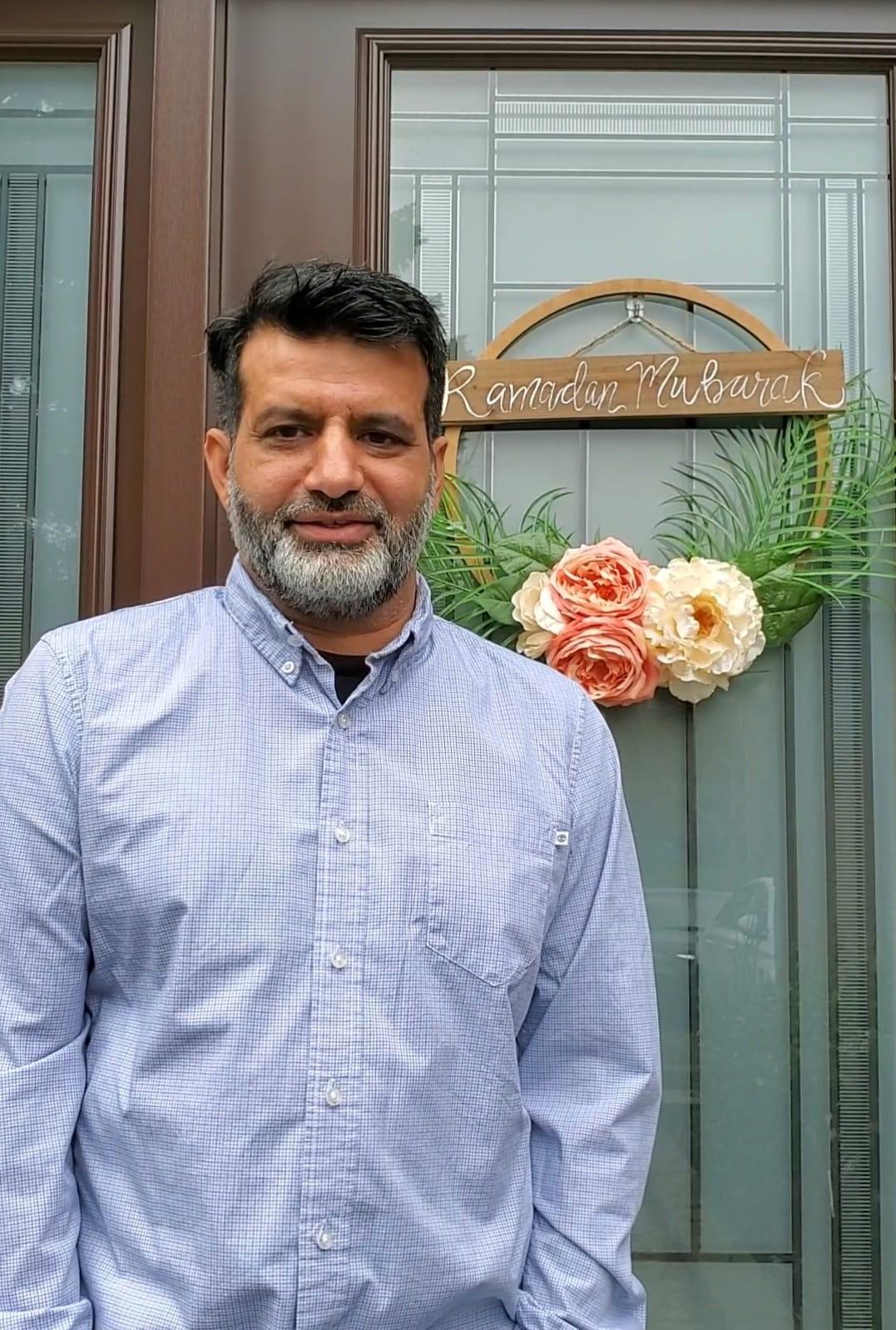 These words resonate most when reflecting on the work of Saleh Hafejee. The truth is we never fully appreciated what Saleh Uncle has done for us. We just thought it was funny to see his picture in the hallway of Cedarbrae CI with his Amitabh haircut looking like he just stepped off the set of Sholay. But I am getting ahead of myself…

Pioneers of Markham and Lawrence. Saleh Uncle was born in Samrod, India and immigrated to Canada in 1976 at the age of 9. His family arrived in the Greenwood and Danforth area when there were very few Muslim families in the GTA. However, the cost of living there was high. His father had no choice but to move into an apartment at 70 Stevenvale Drive in Scarborough. Little did they know that they would be paving the way for generations to come.

Small Beginnings. Today, the word Scarborough equates to halal restaurants and diversity. But when Saleh Uncle first relocated here at the age of 10, things were VERY different. There were only a couple of other Muslim families and racism was rampant. He remembers being forced to walk on the other side of his own street because of the abuse he received. There were also no options for Islamic education. So, he was sent to Darul Uloom in Bury, UK for a year. When he returned, he saw that more and more Muslim families were following his father and moving into the Markham and Lawrence area. This was when things began to change.

Strength in Numbers. With no local masjid and no car, Saleh Uncle took the TTC to Madinah Masjid (initially a hall on Gerrard before moving to the Danforth) on weekends and Eids. In the mid-80s, they began to rent the Scarborough Village Community Centre on Jummas and fly huffaz in to lead Taraweeh. Saleh Uncle credits Siraj Thakor, Abideen Okadia, Abdul Gaffar Shaikh and Abdul Majeed Bala for these initiatives. As more Muslims arrived, there emerged an urgent need for a masjid close to home. Finally, in 1991, they secured the rights to a car garage near Midland and Lawrence for 3 million dollars. This was when young Saleh got involved; he was there after school and on weekends, cleaning and doing what he could.

A More Active Role. As one of the few with strong English skills, Saleh Uncle was quick to help the out in the office of Abu Bakr Masjid. They began to find creative ways to raise funds. For example, with the help of Br. Jaffrey, a local Indian TV personality, they were able to organize a telethon that brought donations from across Canada, even the NWT! At a time with no social media, this was an incredible achievement. Saleh Uncle was also integral to introducing an innovative computer program that tracked and managed the masjid’s donations – a program that is now used by many masjids across the GTA. It was through these efforts that he rose to be a member of the Masjid’s board of directors.

Hard Times. The more Saleh Uncle got involved with the masjid, the more complicated things got. The masjid was facing severe financial difficulties and had incurred large debts in purchasing the property. Moreover, there were calls for a new building to better serve its congregants. Navigating through both endeavors were some of the hardest times of his life. This also happened to be the time when he was elected the President of the Scarborough Muslim Association (“SMA”). The pressure was real. But Saleh Uncle remained resolute. By the mercy of Allah, and extensive efforts fundraising in places like Panama, England, and South Africa (and more) they raised enough funds not only to pay off their outstanding debt, but to set the stage for a new facility. Saleh Uncle maintains that this was a community effort as most of the required funds were raised due to the generosity of those in the GTA.

The Benefits. The new masjid project was completed during Saleh Uncle’s term as President. He oversaw all transactions during this time and recognizes Yakub Hatia in helping him to understand charitable finance. But the new building brought new challenges. He found himself planning for the thousands of students who participate in the masjid’s various programming. Specifically, the SMA went from offering simple daily maktab classes to a full time Alim/Alimah course, full time hifz for boys and girls, and a school (JK-6). Financially, the masjid’s growth was meteoric; payroll went from $40,000 a year for a handful of staff to over $1.5 million for more than 50 employees.

Constant Concern for Youth. But Saleh Uncle’s efforts were not limited to the masjid. In 2004, he noticed the lack of organized sports within Muslim communities. He also saw that we had a high number of very good young hockey players who could not afford ice hockey. So Saleh Uncle created a hockey league that was the first of its kind. It allowed kids to come together and spend every Sunday playing hockey at minimal cost. With the help of sponsors and volunteers, the SMBHA began with only 35 kids but soon grew to 260. One of the highlights of his life was to watch the development of 6-year-old kids into men with kids of their own.

A Man with Many Hats. Abu Bakr Masjid and SMBHA are the two initiatives that Saleh Uncle is most known for. However, during my years working in the masjid office, I realized that not only was Saleh Uncle incredibly committed to the masjid, but he also provided a variety of services. Youth counselling, mediating between parents and kids, helping to find employment, and providing guidance on higher education were just some of the things he was called on to provide. Not because he was an expert in these areas, but because people trusted him and valued his judgement. He is also a staunch advocate for the Muslim community. With contacts at all levels of government, Saleh Uncle has been instrumental in assisting people with immigration issues, complaints, and providing letters of reference. There is no doubt that he tried to help anyone who asked however he could.

His Message to Us. Saleh Uncle notes that the masjid has evolved. It is not just a building with four walls where people pray and leave. It has become a hub for the community with so much programming and support. However, he sees a severe shortage of young people that are connected with the masjid. He strongly believes that the presence of youth will take our community organizations to the next level. He reminds us that we are rewarded for our efforts, however big or small. He cites countless examples of individuals who made a conscious effort to volunteer their time to the masjid and found that their most pressing issues in life were resolved. His advice is simple: start volunteering – you will always have something to contribute. The first step is to make yourself available and put your time in. The barakah will follow.

At the end of our discussion, I jokingly asked him if he pictures himself lying on a hammock in India when he retires. His response? “No, but you can join me in the masjid office any day between Asr and Maghrib and help me with whatever is going on that day.”

May Allah ﷻ preserve Saleh Hafejee, shower His blessings on his family, and enable us to become more connected with the masjid closest to us. Ameen!