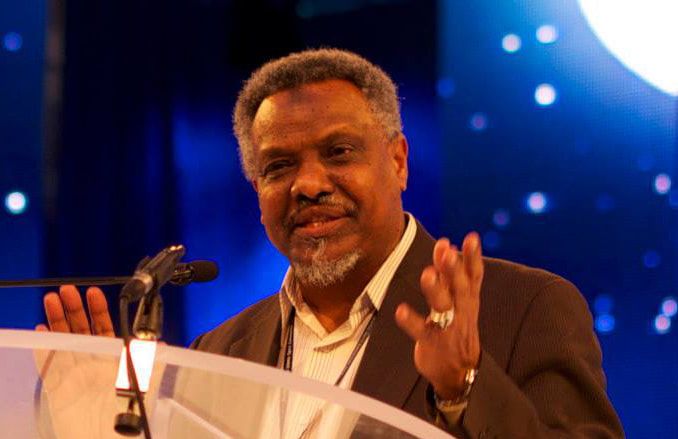 “Whenever a group of people assemble in one of the Houses of Allah (i.e. Mosques), reciting the Book of Allah and studying it, tranquillity descends upon them, Mercy covers them, angels surround them and Allah makes a mention of them among those who are with Him.” (Muslim)

Born in 1948, Shaykh grew up and studied in Sudan. The curriculum at the time included Islamic studies throughout elementary and high school, which increased his love for Islam and made him a student of knowledge. He, later on, used components of that curriculum he learned from Sudan in Toronto when helping establish Islamic Schools here. He studied at the University of Khartoum, Sudan, and completed his master’s in Kenya. In 1976, he decided to further his education and take a tour of the Universities in America.

Shaykh Abdalla Idris ended up going to the University of Toronto for his Ph.D. in International Relations in 1977. As he was attending UofT, he was a part of the MSA and organized prayers with the likes of Abdul Hai Patel at the Hart House. In 1979, Shaykh began volunteering and working at Jami Masjid “The mother of all the Masjids in Toronto” alongside his mentor Colonel Amiruddin Sahib (Amir of Canada). Colonel Sahib took Shaykh Abdalla under his guidance and pushed him to do more at Jame Masjid and help run a weekend Islamic school. Colonel Sahib also noticed that Shaykh Abdalla spoke English really well. Not before long, Shaikh was conducting programs at the masjid and engaging with families to build a connection. Shaykh Abdalla increased his love and connection for the masjid and the community and slowly Colonel Sahib got Shaykh to lead Salaah and Jummah at the Masjid.

Shaykh was appointed to lead the Islamic school which mainly was running in the evenings and weekends. He received funding from the Ministry of Education to run a program to teach students a language from their homeland. Shaykh started with 15 students and eventually grew the program to 1,500 students across the GTA teaching Arabic, alhamdulillah. Once he saw the interest of parents sending their kids to the Masjid to learn in a great environment, the idea of starting an Islamic school with a similar curriculum to Sudan came into existence.

In 1982, Shaykh went on to establish a full-time Islamic school. With the help of established schools in America, they were able to create a curriculum that would teach students a healthy balance of Islamic studies and regular academics that was being taught at TDSB schools. Afterward, he helped establish 3 Islamic schools in Scarborough, Toronto, and Mississauga. He later went on to help and establish many more Islamic Schools across North America and now supervises the Islamic Education Forum which helps over 250 Islamic Schools and over 1000 teachers.

When Shaykh was asked what inspired him, without hesitation he said the Quran and Sunnah of Prophet SAW. In Sudan, the attachment to the Quran and Sunnah is amazing amongst the people. Shaykh was taught about the Quran and Sunnah from the get-go in his home and in school. One recommendation he has for all, young and old, is to READ as much as possible. Read the Quran, tafsir of the Quran, and stories about the Prophet SAW. Shaykh tells everyone that the Quran is the secret of the universe and in it, there is endless knowledge for every written verse which was conveyed to the Prophet SAW. Shaykh quotes the last two verses of the Surah Kahf where Allah SWT describes how HIS knowledge is infinite and if we were to take all of the water in the world and turn it into ink, multiply it by 2, we would run out of ink, SubhanAllah.

Something to learn from Shaykh Abdalla, Marhoom Moulana Khalil RA, and many of our elders, is that they never stopped reading and kept on increasing their knowledge. May Allah SWT give us the opportunity to read the Quran more, increase our knowledge and love for our religion.

The first time I got to meet and have an interaction with Shaykh Abdalla, was at the Max Gala in 2019. He won the Lifetime Achievement award. I didn’t know much about him then, but when he received the award and got a standing ovation, I had to inquire about this great man. Let me tell you, the majority of the people there knew Shaykh and at some point in their lives, he left a lasting impression. Some of the people I spoke had to say this about him; “Shaykh made me a better Muslim”; “Because of Shaykh I looked forward to Sunday School”; “Shaykh made us love the Quran and Sunnah of the Prophet SAW.” Is it okay to call Shaykh MVP? I think so! And, he rightfully deserved that Lifetime Achievement Award.

When you speak to Shaykh Abdalla, you will always leave with a smile. We spoke a few times over the phone for this interview, and every time I hung up the phone, I was left speechless. I learned something new about Islam every time we spoke and his impact was immediate as it made me love our religion even more. The way he connects our lives to the Quran and Sunnah with love and passion is amazing.

The love he has for all is contagious and everlasting. Allah loves those that are consistent in their deeds. We make dua that Allah ﷻ accepts Shaykh Abdalla’s efforts and the efforts of all our respected teachers. May Allah ﷻ preserve our teachers, grant us, love, unity and allow us to fulfill our obligations. Ameen