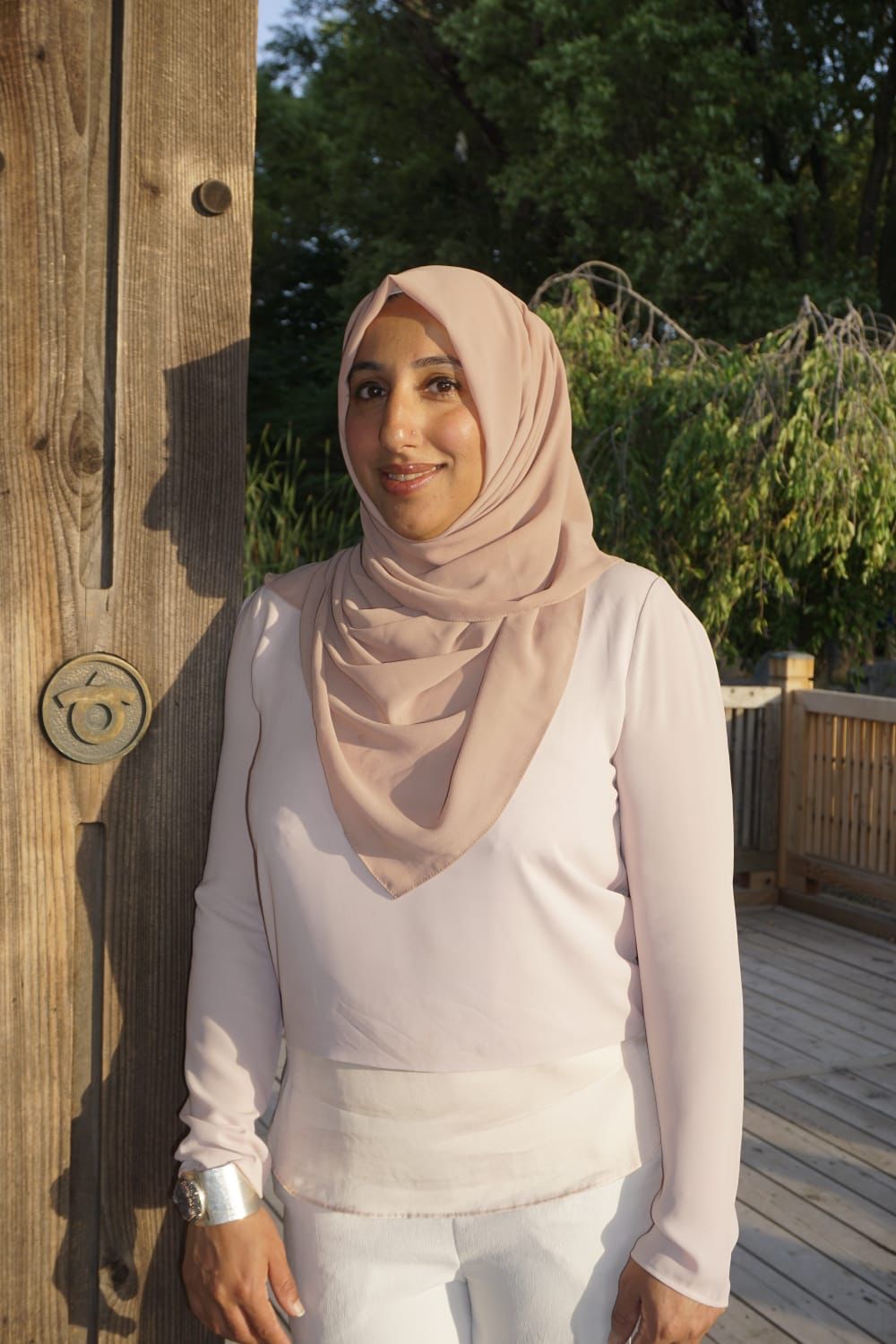 When we think back to the women from the time of the Prophet SAW, we think of homemakers, leaders, mothers, wives, business women, property-owners, and if need be, warriors.

Many of us strive to achieve the versatility that the Sahabiyat embraced.

Sister Shireen Ahmed does it effortlessly.

Born and raised in Halifax, Sister Shireen would spend her after-school hours watching Law and Order and the likes, hoping that one day she would also grow up to become a lawyer and fight for justice. A writer at heart, Sister Shireen’s interest in journalism didn’t peak until later on in her career.

After studying Political Science at UofT and taking a break to raise her four children, Sister Shireen’s volunteer work led her to become a frontline and settlement counselor. However, with the pressure of raising a family and commuting to work, she decided to take a step back, and try her hand at blogging.

Sister Shireen’s passion for soccer on and off the court led her to play for the UofT women’s soccer league until 1997 when she decided to wear the hijab.

Many of us may recall the infamous story of the 2011 Olympics. The Iranian women’s soccer team had been disqualified for the piece of cloth that Shireen donned.

Many may have not thought twice about it. Shireen knew something had to be done.

Noticing the lack of coverage and discussion surrounding the story, she took the plunge and covered the story herself.

It was a difficult journey finding a news medium to pick it up. However, with persistence, patience, and faith, Shireen came across a friend who worked for the Huffington Post who insisted that he wanted to see her story in print.

So for the first time ever, Sister Shireen had her very own byline.

Little did she know, her story would go viral and open up a much-needed discussion for Muslim women across the world.

Through the power of social media, Sister Shireen crossed paths with her mentor, and popular sports journalist Dave Zirin. Tweeting about her hopes to see a woman on his segment, Sister Shireen later found herself doing cartwheels around her house when Dave asked her to come onto his show for a discussion.

Through this encounter, Sister Shireen and Dave became close friends and colleagues, co-writing a piece and eventually sharing a byline together. “The first story that I got published was a co-writing piece. And to be able to have a byline with your mentor as your first piece was pretty incredible,” she says.

Eventually, Sister Shireen began her own website, while curating and creating content for many Muslim women in sport. Through this, she ended up networking with many women including Naheed Mustafa, another great journalist Shireen calls her “the mama hen and guiding light for all of us in journalism”.

All it takes is the support, encouragement, and faith of one person to help another chase their dreams.

Sister Shireen credits Sertac Sehlikglu for encouraging her to bridge the gap between her audience and the writing piece. She says Sertac Sehlikglu gave her the confidence in 2016 to have her first piece published for VICE.

SIster Shireen notes her passion for Muslim women’s sports comes from the instances of sexism and racism she has witnessed, researched, and written about throughout her life. She says it’s important to bring to light the topics that women so often face, both on and off the field.

Thus,” Burn It All Down” was born. A feminist sports podcast, that has become Sister Shireen’s “professional pride” and is heading into its fourth year of production. The podcast has welcomed guest speakers from various religious and accessibility groups, bringing to light the issues and topics intersecting sports and diversity.

“If you told me that at one point a Muslim woman from Canada who wears a hijab, would be able to talk about hockey and racism and soccer and sexism to her heart’s content, I would have thought you were out of your mind.”

Sister Shireen also works with TSN, talking about the systems of racism and prejudice evident in the sports sphere.

However, if you think this powerhouse couldn’t be any more accomplished, you’d be wrong. Sister Shireen says she is fully committed to mentorship and mentoring youth interested in journalism and sports.

Recognizing her colleagues, Sister Shireen says, “I don’t think I would be able to exist in this space if it wasn’t for them, so you pay it forward. And that’s what I tell the people that I mentor, you pay it forward. You pick up somebody who needs some help, you give them a hand, give them an edge. You encourage them.”

Alhamdulillah for accomplished, brilliant, and ambitious Muslim female leaders of our community. These individuals continue to pave the way for all the young women who may fear the idea of wearing hijab on television, speaking up about their religious beliefs, or taking a stand within a male-dominated field. However, role models like Shireen Ahmed, give us the opportunity to reach out to, learn from, and overcome the challenges, barriers, and issues faced in the media, the workforce, and the world today. May Allah ﷻ accept Sister Shireen’s efforts, and reward her for her work. Ameen.