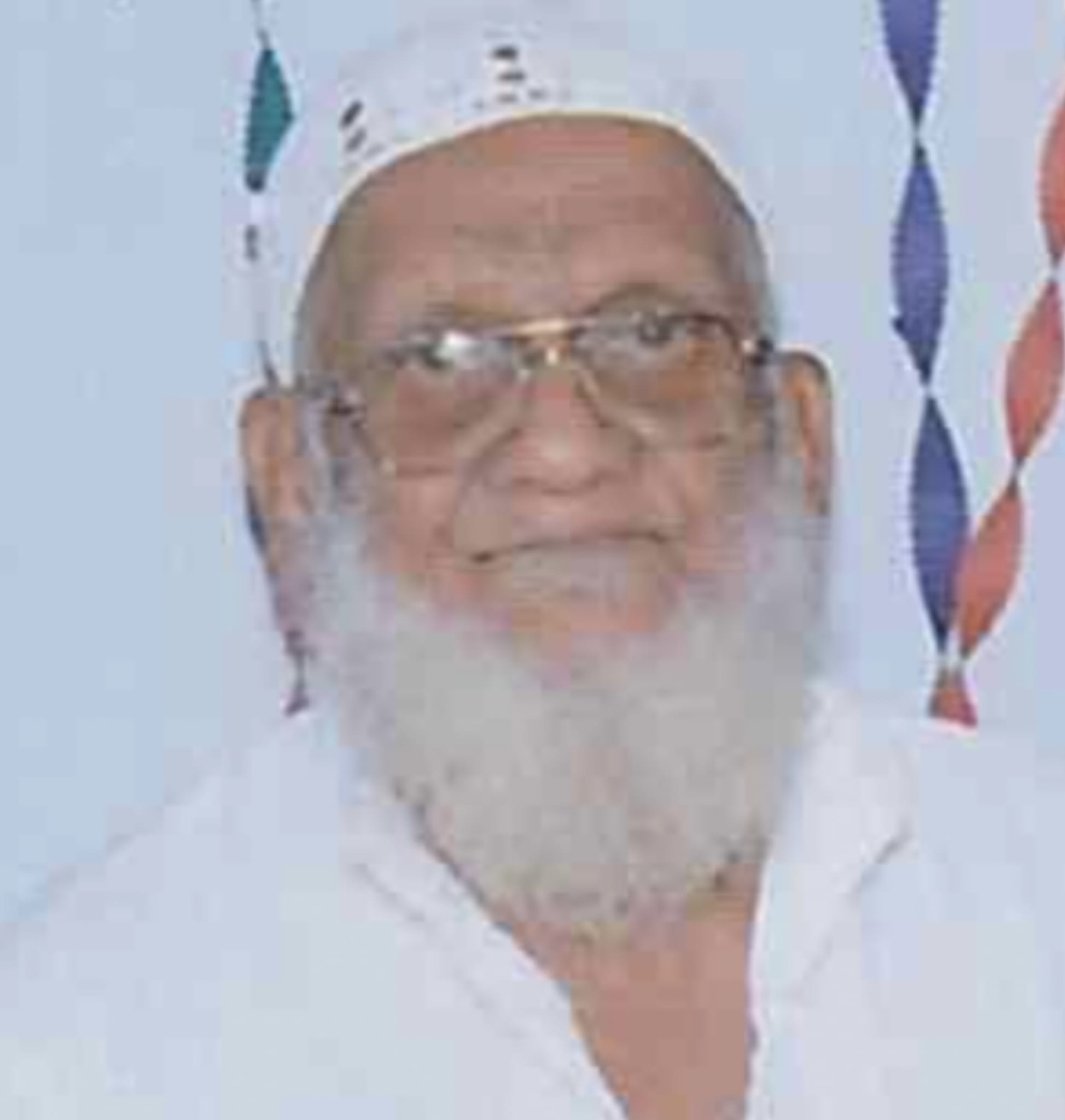 Look everyone, it’s the one-man show guy, number #1 raptors fan, Mr. Jagslimo, slippers man, Mr. Clean, but to us, he’s just “Solly”. For those of you who don’t know this man, he’s Donlands’ community leader, youth mentor, counsellor, big brother, hockey legend, raptors superfan #2 and the one who has done the most work for the youth in this community for the past 20 years.

Every time you see a group of kids in the park or in the masjid together, there was only one explanation: Solly was running an event for the kids. It could be on a cold winter day or a hot summer day, there was always something he had going on for the kids in the community. It all began with the Madinah Masjid Ball Hockey League (MMBHL). Solly started this league to bring the youth in the community together. The league first started in the back of Madinah Masjid parking lot and later moved to Wilkinson. It consisted of about 70 kids with minimal fees. The rules were simple: every kid had to pray Zuhr and sit in Taleem afterward or they were not allowed to play. Our minds were focused on playing hockey and little did we realize then; we were also building a connection with the Masjid at a young age. During the week, we could not wait for our next game on Saturday morning because this was the one day where we could all meet up with our friends and do what we loved the most…. playing hockey! Solly was always there watching and would even referee and coach both teams from the sidelines at the same time! He pushed us to become better versions of ourselves. He created that environment early on that allowed us to build friendships and memories that will last a lifetime and we are forever grateful.

Having Solly as our leader was a blessing. He was always the “cool” guy who knew everything but with us it never seemed like he was like a father. He was the “Big Brother” to everyone in the community and the go-to person if you ever needed anything. If you got into trouble you wouldn’t go to your parents the first person you would look for was…. Solly. If you wanted to buy/rent a car for the first time, if you wanted to book a vacation, if you wanted to start a business or head down a career path, the first person you would go to was…Solly. Why? Because he would always find a way to help “whatever you need, let me know I got you.” He was always there for us no matter who we were or what we did. He didn’t care and we knew we could always depend on him.

When people on Donlands found out about this 30 for 30 series, a lot of them came up to us and asked “we know Solly is going to be on the list from Donlands, who else is there?” It goes to show how much he is appreciated and how everyone in the community knows that he is the one who should be recognized for all the time and hard work he has put in. Every sporting event Donlands has played in, Solly would take us kids to go and watch. He would get a school bus, buy snacks, and provide us with food for every tournament. Wherever we went, Solly would NEVER take a penny from any of us. There were times where he would walk to the park and tell everyone “Whoever wants to come let’s go we’re going to the zoo.” That was it, on that day whoever wanted to go he would somehow get a bus and take everyone to the Zoo and would not take a dollar from anyone. “I’ll never forget that day he didn’t take money from any of us my whole family went and we had a great time.” That speaks volumes about his character as he never cared about the money or any of it, we’ll also never know why he does it. The fact that he does it and is continuing to do it to this day with the next generation is what makes him such a special person.

It’s truly remarkable. Think about it…. for 15-20 years, Solly has been looking out for our generation and he’s now doing the same with the next wave of youth. Pre-covid he was finding ways to keep the youth involved whether it was renting a gym or arena for the community to play hockey or basketball in or just getting them together at the park. Even at who knows how old now (he claims to be 19), you will still see him playing soccer in the park amongst the younger kids with no shoes on trying his hardest to score a goal. It’s as if nothing has changed he’ll still come to play sports with us whenever we go and yell at us if we make mistakes, while also teaching us how to do things right and wanting us to become better. The best part of all is that he’ll be on the clock while all this is happening “Bald man gets paid”. He was one to always tell you how it is, did not matter who you were if he felt as if you were doing something wrong he let you know, his advice would help us improve in aspects that we may not know we’re doing wrong but it all came with good intentions.

One thing about Solly….he never stops. He is always thinking of ways in which he can bring the community together. Now with COVID, Solly is still focused on keeping not only the kids but the whole community active. He is pushing everyone to become healthier and has started a push-up and sit-up challenge in which he also keeps track of the stats. If he doesn’t hear from you in a while he’ll be sure to check up on you to get you back on track. In addition, Solly is encouraging everyone to fast on Mondays for the purposes of maintaining health as well as following the Sunnah. Currently, he is working on an initiative called the “2k challenge” with the Spot Project. The goal of this is to raise money to help build basic facilities we take for granted here. The project will be in a deprived village called Chamaya, Gambia, West Gambia. We will post the link in the comments for anyone interested in supporting this cause and please spread the word!

A member from the Donlands community had this to say about Solly: “Solly was always like an older brother for me. I’ve always wanted to be like him I swear. Funny, smart I know I can go to him and ask for anything, all he would require is to give my all as he would do the same. Solly is the heart and soul of Donlands. He motivates you to become a better person he preaches to care for our Salah, no matter what you’re going through in life or the lifestyle you’re living Solly would emphasize praying your Salah. I personally wouldn’t be doing a lot of community work if I was never positively influenced by Solly’s love for the block. My love grew for Donlands that much more because I saw my brother making sacrifices for Donlands. Solly is Donlands, I love that guy.”

Legend has it Solly came out the womb bald with 28” biceps and with all the amount he’s saved on haircuts he bought his famous limo. As mentioned above, Solly never gives up. Once he noticed his limo business didn’t grow the same way his legs didn’t grow he moved on to another business until he found the one that worked out for him. Alhamdulillah, Solly uses his profits in ways that always benefit his community. All jokes aside, we all love Solly. Worst teammate, Best leader. He would do everything for the Youth and if you stood in his way, whether you’re the Masjid committee or the Chacha down the street he would say “Chacha tamo behi jawo (uncle sit down)” KIDS CAME FIRST! We were his number one priority, we got what we wanted because of Solly. He fought for us when no one would. He planned tournaments, field trips, paid for our food, you name it Solly did it. He’s the Godfather of 100+ kids on Donlands, he was our Captain. Captain Donlands!

If every kid on Donlands were to say thank you to it would still not be enough to show him how grateful we are for what he has done in our lives. If it was not for him, we wouldn’t have grown and become the men we are today. We know that he may be too cool for this and even though it may not hold much weight we just want to say that “You’re the second most deezed guy on Donlands.” In classic Solly fashion, it’s only right we turn something serious into a joke. Nonetheless, we thank Solly for all his hard work and dedication that he has put forth for the community throughout the years. May Allah ﷻ preserve him and reward him for all his hard work.

If every kid on Donlands were to say thank you to it would still not be enough to show him how grateful we are for what he has done in our lives. If it was not for him, we wouldn’t have grown and become the men we are today. We know that he may be too cool for this and even though it may not hold much weight we just want to say that “You’re the second most deezed guy on Donlands.” In classic Solly fashion, it’s only right we turn something serious into a joke. Nonetheless, we thank Solly for all his hard work and dedication that he has put forth for the community throughout the years. May Allah ﷻ preserve him and reward him for all his hard work.